In 1941, under the direction of the wartime Prime Minister Sir Winston Churchill, the United Kingdom established a former airborne division. It includes the forward airborne brigade who was undergoing parachute landing training at the time. Later, the former airborne brigade conducted training to directly use the glider for landing. This unit expanded rapidly and the 6th Airborne Division was formally established in 1943. The initial role of the airborne force was only used to raid the enemy's coastal devices, but gradually jeep vehicles, general transport crawlers and small artillery were added to their equipment. Due to the popularity of jeep, it has gradually evolved into a mode of daily transportation. They are often seen dragging a trailer because they can be loaded into a smaller “Hosa” military glider to perform tasks. After 1944, British and American airborne forces engaged in close cooperation in landing in Normandy and entering Germany. British airborne troops usually use standard infantry weapons and equipment, while the'Sykes-Fairbane's combat bayonet is only distributed to special forces personnel in paratroopers. 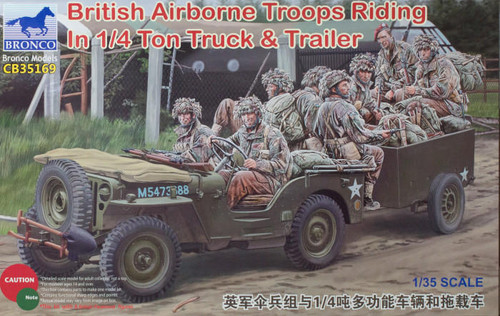