In the late 1930s, the US Army proposed the need for a lightweight, four-wheel drive vehicle that could be used for reconnaissance purposes. It required domestic automakers to submit designs, but the response was rare. This situation did not emerge until the early 1940 when two suitable design solutions emerged, one was American Precision Welder Company and the other was Willie Company. Fine Welder Company is the main competitor, but the company is small in scale and has limited production. Therefore, the original plan of the Fine Welder had to be handed over to the further development of large factories such as Willie and Ford. In July 1941, after the design of the MB model of Willie won, the mass production contract was handed over to Willie and Ford. The GPW produced by the Ford plant is roughly the same as the MB shape of the Willy plant. The difference is the grille and other details in front of the head tank. Ford's GPW produced a total of 280,000 units during World War II, all of which were allocated to the US and British military units. In addition, GPW also supplied the Soviet Union and other allies, and was widely exported to the world after the war. Jeep is a 4-wheel drive vehicle with off-road functions and high reliability. It can carry 1/4 tons and can reach a speed of 105 kilometers per hour. This vehicle was loaded with heavy machine guns by the British Army's Special Air Service Regiment (SAS) and Long Range Desert Combat Unit (LRDG) to participate in the 1942-43 North Africa campaign. 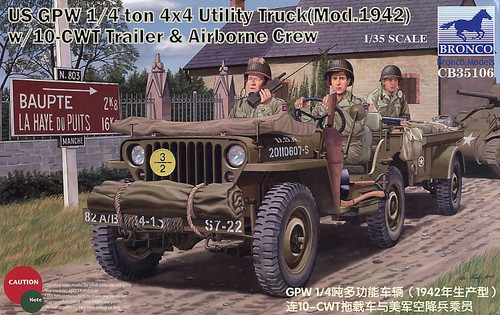