The Merkava Mk.4 main battle tank which entered military service in 2004 is the fourth generation of the Merkava series tanks. Its latest variant is called Merkava Mk.4M. The Merkava Mk.4 is powered by an MTU 1,500 HP water-cooled engine, model MTU883. Its engine performance is similar to the one used in the German Leopard 2 tank. The Merkava Mk.4 represents the high end of armor technology in the world today. Every Merkava tank delivered to the IDF is equipped with Trophy active protection system. The Merkava Mk.4M is in use with the 401st and the 7th Brigade as well as other reserve armored Brigades. The Merkava Mk.4M tanks have been taking a successful part in the security routine roles along the Israeli borders, including massive service in the 2nd Lebanon war in 2006 and during operation "Protecting Edge" in the Gaza strip in 2014, where the 'Trophy' system was successfully operated in battle for the first time. 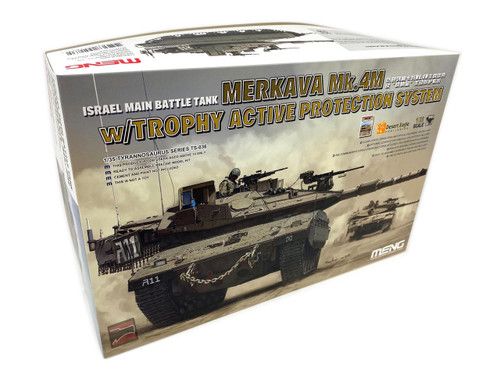