This 1/35 scale model assembly kit depicts the M18 Hellcat. The M18 Hellcat was an American tank destroyer used during World War II, and also deployed in the Korean war. The tank featured a compact torsion bar suspension equipped with the 76.2mm tank gun. About 2,500 units were produced and the M18 proved a fearsome opponent for the German Army until the end of the war from the start of its service at the Italian Front in early 1944. 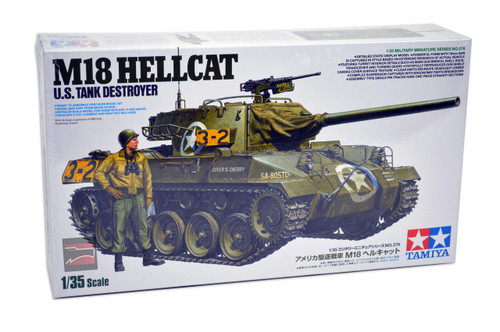