This bomb and fin configuration was used extensively by the United States Navy and Marine Corps during Operation Desert Storm.

All of the components are 3D printed and come as you see them in the photo. No casting blocks to remove. However, some very light sanding may be necessary on the aft end of the bomb body and the forward portion of the fin. This is to remove any remnants of the printing supports and ensure a tight fit between the two parts. 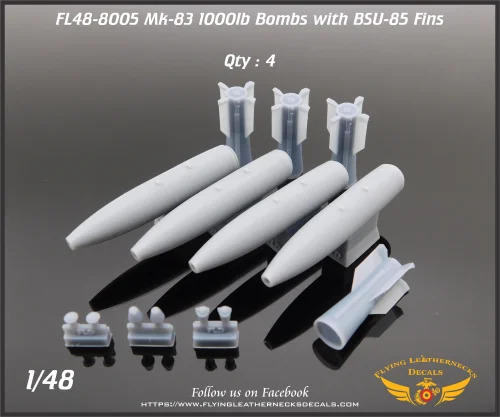