The A-26 Invader, produced in 1942-1945, was one of the best American twin-engine bombers of World War II. It was used during the fighting in the Pacific, and in the fall of 1944 the US Air Force began its combat use in Western Europe. In 1945 he also took part in the last military campaigns in Italy. Modification of the A-26C produced 1,091 aircraft, this option could be armed with up to 12 large-caliber machine guns, and its combat payload was 2,700 kg of bombs. Despite their powerful defensive weapons, bomber flights were difficult and risky, and required endurance and courage from the flight crew. The task of preparing aircraft for flight fell on the shoulders of ground technical personnel, on whose coordinated work depended on the proper and timely execution of combat missions. 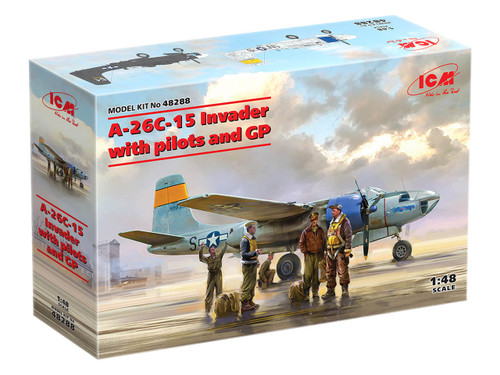