Model replica of the Ju188, a fighter developed from the Ju88 with a large large glass cockpit and MG 151 turret. The Ju188 was mainly used as a bomber and reconnaissance plane reconnaissance aircraft.

Authentic representation of the following versions: 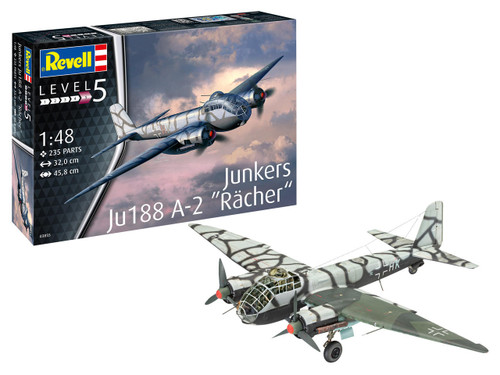