The M20 was a high-speed general-purpose armored vehicle designed to meet the needs of the U.S. Army"s mechanized forces during WWII. It was essentially an M8 Greyhound, but without the gun turret. In its place was an open-topped hull superstructure fitted with a .50 caliber Browning machine gun on a ring mount. Other infantry weapons, including an anti-tank bazooka, were kept inside the vehicle. This AFV was used mainly as a command and reconnaissance vehicle equipped with radios, but its excellent rough terrain performance and high speed meant it also served as an armored personnel carrier as well as general cargo carrier 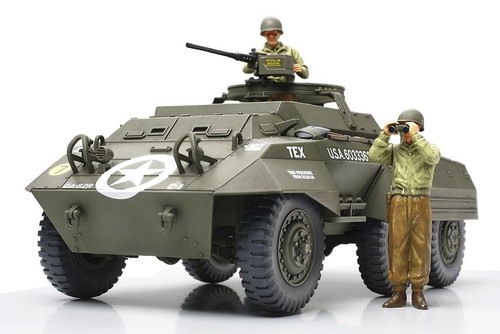