The Westland Lysander (nickname the "Lizzie") is a British army co-operation and liaison aircraft produced by Westland Aircraft used immediately before and during the Second World War.

In August 1941 a new squadron. No. 138 (Special Duties), was formed to undertake missions tor the Special Operations Executive to maintain clandestine contact with the French Resistance. Among its aircraft were Lysander Mk ms, which flew over and landed In occupied France. While general supply drops could be left to the rest of No. 138's aircraft, the Lysander could Insert and remove agents from the continent or retrieve Allied aircrew who had been shot down over occupied territory and had evaded capture.[citation needed] For this role the Mk Ills were fitted with a fixed ladder over the port side to hasten access to the rear cockpit and a large drop tank under the belly.[citation needed] In order to slip In unobtrusively Lysanders were painted matte black overall (some early examples had brown/green camouflaged upper surfaces and later examples had grey/green upper surfaces);[citation needed] operations almost always took place within a week of a fall moon, as moonlight was essential for navigation. 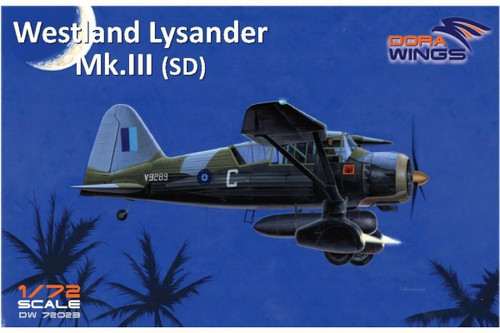