The T-14 Armata "Object 148" is a new Russian main battle tank based on the Armata Universal Combat Platform. It represents a new generation of Russian main battle tanks. The most significant new feature is the use of an unmanned turret, with the crew of three seated in an armored capsule in the front of the hull. It was first seen in public (initially with its turret and cannon shrouded) during rehearsals for the 2015 Moscow Victory Day Parade. The Russian army plans to acquire 2,300 T-14s in the period 2015-2020. 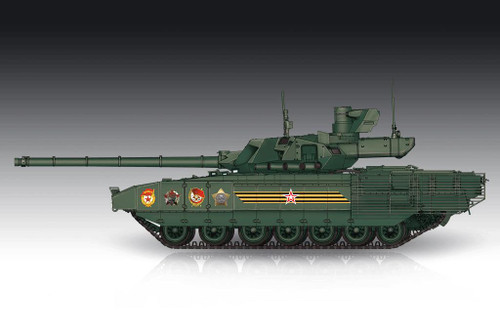