The Vought SB2U Vindicator was the Navy's first mono plane dive bomber. Entering service during the 30's these lumbering old aircraft were obsolete by time World War Two started. However they remained in service until well into 1942. Well known aviation historian Dana Bell has teamed up with Classic Warships Publishing to produce this Aircraft Pictorial book on the old Vindicator. The book is similar in format to the Warship Pictorial series with lots of sharp clear photos and plenty of historical background and specifications. The photos show the aircraft in a variety of poses from flight deck to in-flight. They are useful in detailing the aircraft and also in detailing some of the ships that they served on.

This new book is a must have for the aviation buff and modeler alike. The book is 72 pages, 8 in full color. 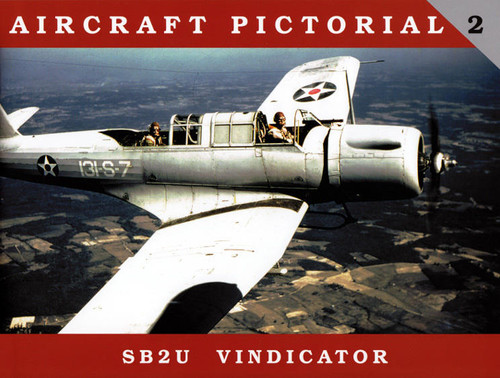