Book six in the Naval Fighter Series on the Douglas A-4 Skyhawk covers the A-4C/L in Navy service. It covers the technical aspects of these aircraft and squadron histories including squadron patches. Previous books in the series are: NF-49, USN A-4A/Bs; NF50, USMC/USMCR/USNR A-4A/Bs; NF-51, USN A-4E/Fs; NF52, USMC A-4E/Fs, and NF82, USN/USMC Two-Seat Skyhawks.

The A-4C was the most numerous version of the Skyhawk built (636). It also saw more combat service during the Vietnam war than any other A-4 version, completing 44 of the 111 deployments to Vietnam made with the Skyhawk. In 1970, the A-4C was given a second lease on life when 100 were upgraded to A-4Ls. These were to equip the attack squadrons of the newly reorganized reserves and their two Air Wings. The A-4Cs were given the A-4Fs electronics and hump and thus emulated the A-4Fs. After usage in seven reserve squadrons, these A-4Ls were used by the VC/utility squadrons into the late 1970s. 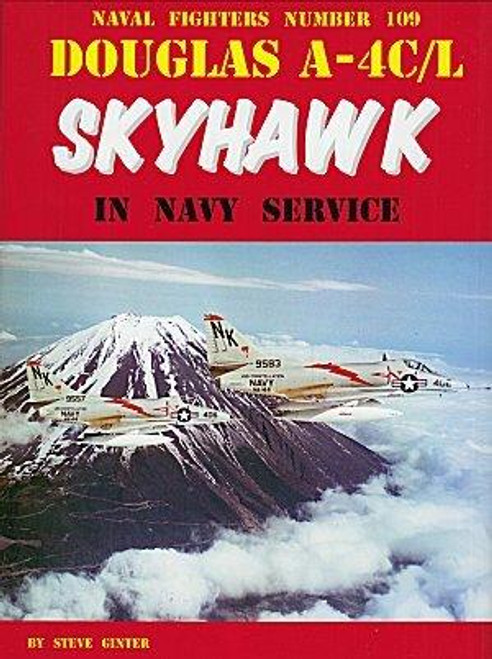