This book is the second in a two-part series and describes the FEWSG structure and mission in detail. FEWSG provided threat training which stressed the US Navy's ability to respond, from applying anti-jamming fixes, to understanding the weaknesses and what assets and tactics were usable for defense. FEWSG (later redesignated Fleet Replacement Training Group - FTRG), and its complement of Tactical Electronic Warfare Squadrons (VAQ-33, VAQ-34 and VAQ-35), were so much more than Cold War training assets. They represented another Navy EW intellectual center, a cadre of personnel who monitored opposition capabilities in order to accurately mimic the threat. In order to accomplish that goal, ingenuity and improvisation was required. As a result, the community prized unconventional thinkers, people who tried to use common equipment to achieve uncommon ends. Starting with the operators who saw the advantage of modulating jamming with the propellers of the Skyraiders, FEWSG operators pioneered EW tactics. Those personnel then percolated back into the fleet, bringing with them an ability to innovate tactics and get more from installed electronics.

Plenty of historical photos illustrate in detail the Squadron activities both at sea and ashore. These two books are dedicated to the women and men of the Electronic Aggressors. 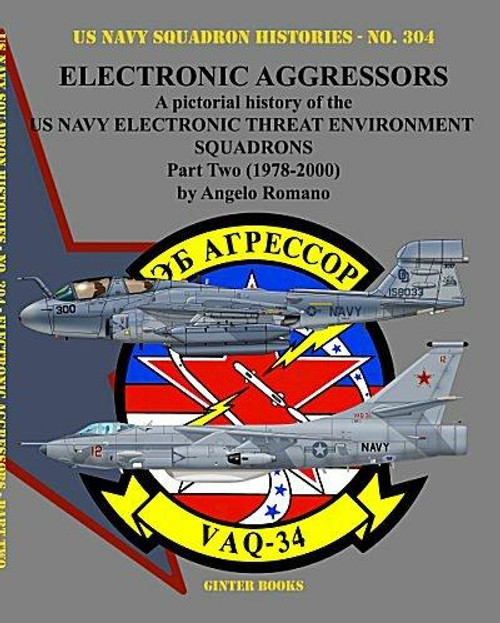