The concept of a twin-engine fighter that could accompany bomber formations and effectively drive off defending fighters was the rationale behind the creation of the Messerschmitt Bf 110. Initial operations during 1939–40 seemed to justify its existence, but the generally weak level of aerial opposition bred a false sense of security among the aircrews that was thoroughly blunted during the Battle of Britain. Better fortune attended the Zerstörer's (Destroyer) operational career when utilized in two alternative ways. First, it proved a steady platform for ground-attack duties, given its heavy cannon and machine gun battery. Even more effective was the switch to a night fighter function, where it proved a deadly weapon along with its Ju 88 contemporary in Germany's Home Defense against the nocturnal operations launched by RAF Bomber Command. Part of the Legends of Warfare series. 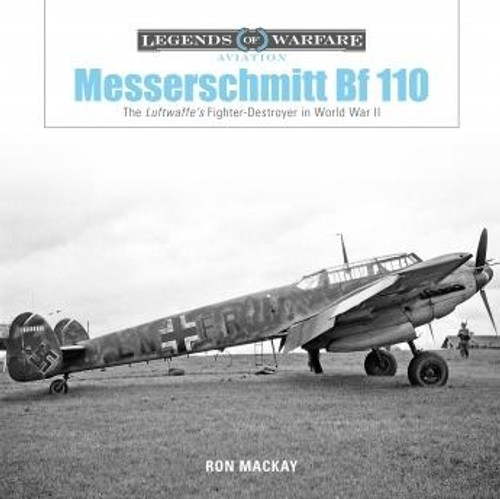