Born of necessity during the Vietnam War, the Vought A-7 Corsair II ushered in a level of lethality, target accuracy, and economy not realized in any plane before it, and, arguably, any that followed. Originally designed as a "bomb truck," the A-7 would, with the assistance (and insistence) of the US Air Force, realize its full potential. It was the first combat aircraft to feature a heads-up display (HUD)—an incredibly accurate, integrated navigation/weapons computer—and a host of other innovations like fly-by-wire and forward-looking infrared (FLIR) cameras; abilities today’s combat pilot takes for granted. This book tells the story of the A-7 from design and development to combat deployment from Vietnam to its last use in Operation Desert Storm. Its multiple variants are discussed along with its use by the US Navy and Air Force, as well as overseas with the air forces of Greece and Portugal. 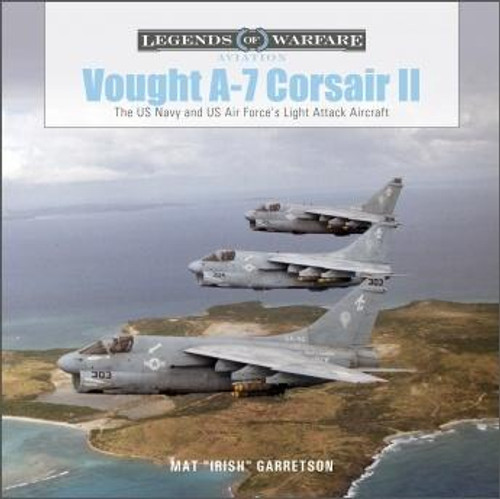