The MB. 152 was "the first true aircraft" of the series (MB.150-157).This model was equipped wtth a more powerful 1,030 hp Gnome-Rhdne 14N-21 engine, capable of a speed of 520 km/h and equipped with a revised armament arrangement On 15 December 1938, the MB.152.01 prototype performed its maiden flight. During January 1939, it was refitted with a more production-representative 1,000 hp Gnome-Rhone 14N-25 engine; various alternative engine cowlings and propellers were also tested to address engine overheating. To prevent further delays to the production aircraft, a large cowling was adopted, which Increased drag and reduced the MB. 152's flight performance. 482 units built. 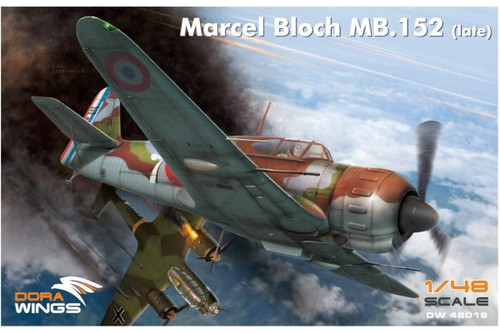