The Proctor was initially employed as a three-seat communications aircraft (Proctor I). This was followed by the Proctor II and Proctor III three-seat radio trainers.

In 1941, the Air Ministry issued Specification T.9/41 for a four-seat radio trainer. The P.31 – originally known as the "Preceptor" but finally redesignated the Proctor IV – was developed for this requirement with an enlarged fuselage. One Proctor IV was fitted with a 250 hp (157 kW) Gipsy Queen engine. This was used as a personal transport by AVM Sir Ralph Sorley but production models retained the 210 hp (157 kW) motor of earlier marks. 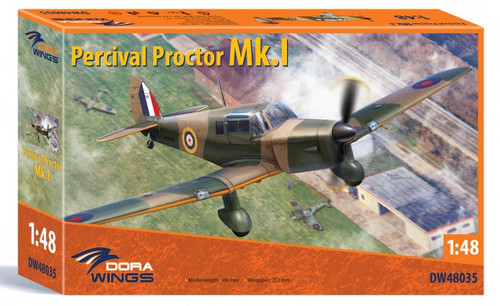