The night fighter version of the Hellcat was introduced into carrier combat late in November of 1943. The US NAVY needed a night fighter to fend off Japanese nocturnal raids against the surface vessels. The only real option turned out to the F6F, for the F4U wasn’t deemed fit for night time landings on moving decks. Grumman changed the F6F-3 here and there, and came up with the F6F-3N. Approximately 200 F6F-3Ns were produced. The F6F-3N the radar antenna on the starboard wing, carried the AN/APS-6 radar, the receive radio equipment was located in the fuselage with the radar screen centered in the instrument panel. F6F-3N retained the P&W R2800-10W engine. 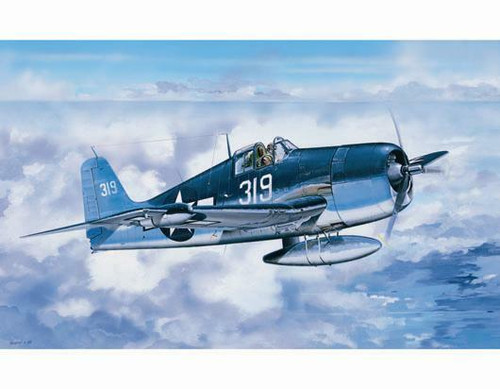