In 1939 Renault began developing hoodless AH series trucks for the French army. One of them was the AHN with a capacity of 3.5 tons. The first prototype was released in February 1940. The car had a fairly simple design, with a flat cab without a hood. Its serial production began in March 1941, already under the leadership of the German occupation administration. After the Allies liberated the plant that produced these cars in 1944, truck production resumed.
The modification called AHN2 went into the series. The car was used for the military needs of France, but it was also sold to civilians. Production of the truck continued from November 1944 to June 1946. A total of 8,400 units were released. 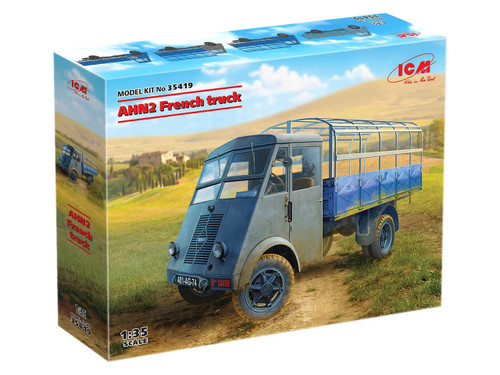