The G7107 was created by Chevrolet as one of the G506 series models. It was an all-wheel drive truck equipped with an 83 hp engine and a load capacity of 1,500 kg. The cars were in the service of the US Army and were delivered in large quantities to allied countries. They were used both in combat units and in the rear. After the war, a large number of cars were concentrated in the warehouses of the military department. Many of them later continued their lives in various enterprises or in private use. Simple and reliable, Chevrolet trucks have been found on the roads of the United States for a long time, and some of them, repaired and refurbished, are still in use today. 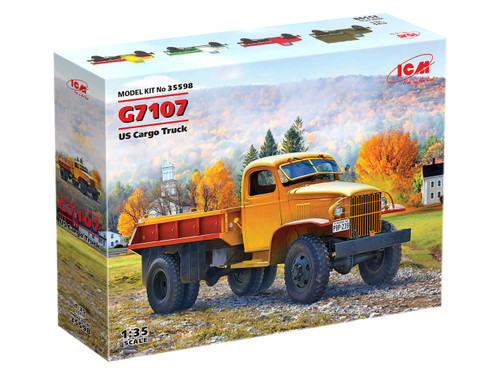