On July 3rd 1944, the U.S. First Army initiated an attack near St. Lo. The battle was extremely difficult due to marshy ground with numerous shallow rivers and streams. The situation was complicated by the fact that the territory through which the G.I.s were advancing was crisscrossed with hedgerows. As a result, the U.S. forces suffered 40 thousand casualties in 17 exhausting days of combat. The kit includes 4 figures of U.S. soldiers hit by German troops. They are trying to pull out their wounded comrade by shooting back and using a smoke grenade as a screen. 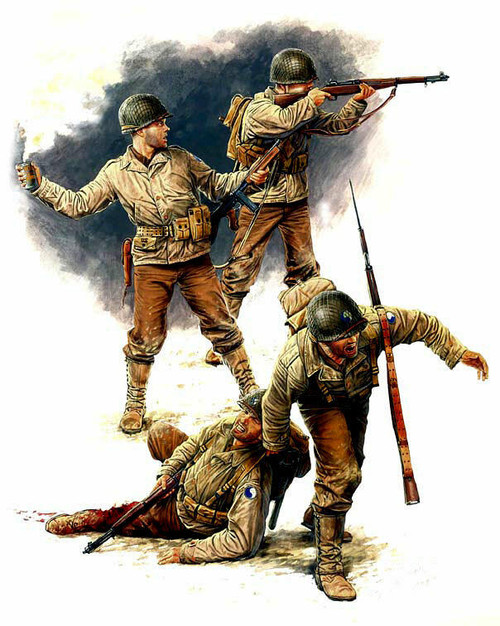