The Chieftain was a second-generation British main battle tank developed in the late 1950s. It was the main equipment of the British Army between the 1960s and the 1980s, and it had many variants. As the priority was given to the firepower and protection, this tank was equipped with the then-most advanced 120mm L11A5 rifled gun in the world. The gun’s excellent performance made Chieftain famous. The hull front and turret used thick cast armor. The tanks starting from Mk10 received the Stillbrew add-on armor for extra protection. The later installation of the 750 hp engine also improved the weak mobility of earlier variants. 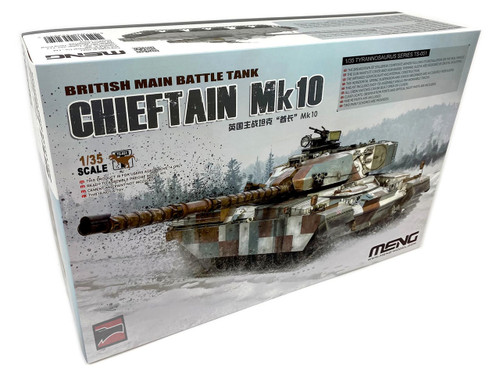