Army truck bodies were designed to house various equipment and machinery. In the Soviet Union they were most commonly known as KUNG. At first they were made of wood, later there were designs using metal. Often these bodies were built for specific vehicles, but there were also universal bodies

that allowed using them on different chassis. In addition to special military equipment, they were also equipped with heating, ventilation and lighting systems. Quite often in post-Soviet countries such vans can be found as improvised housing, for example, on garden plots, building yards or to accommodate the security of an object. Equipped with a heating stove, such structures provide their owners with a level of comfort sufficient for a short stay. 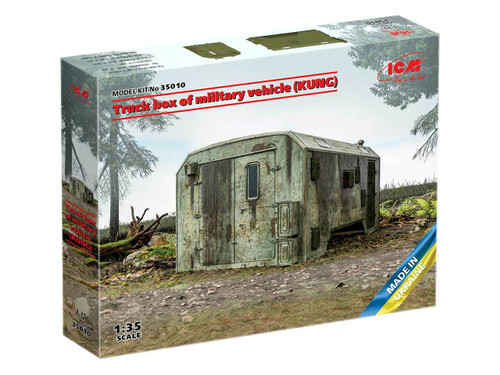