The Curtiss-Wright AT-9 Jeep was a twin-engined advanced trainer aircraft used by the United States during World War II to bridge the gap between single-engined trainers and twin-engined combat aircraft. The AT-9 had a low-wing cantilever monoplane configuration, retractable landing gear and was powered by two Lycoming R-680-9 radial engines. 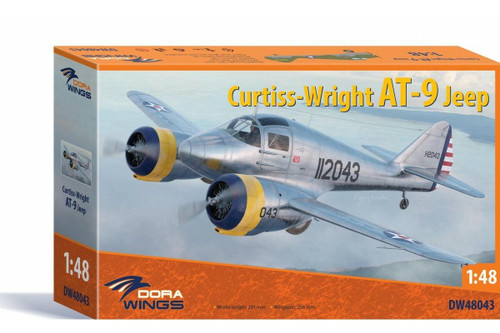