The P-35 was the first single-seat fighter in United States Army Air Corps to feature all-metal construction, retractable landing gear, and an enclosed cockpit.
The Swedish Air Force received 60 J 9s(Swedish designation of the P-35A) in the spring-summer 1940. The aircraft were operated alongside other units assigned to the Svea Air Force Wing (F 8) protecting Stockholm, replacing the obsolete Gloster Gladiators. Swedish J 9s served with Flygvapnet as a fighter until 1946. Later, 10 aircraft were equipped with cameras but retained their J 9 fighter designation and, in addition, a number of others were used for liaison and general flight training. The last seven J 9 aircraft remained in service until September 1952. 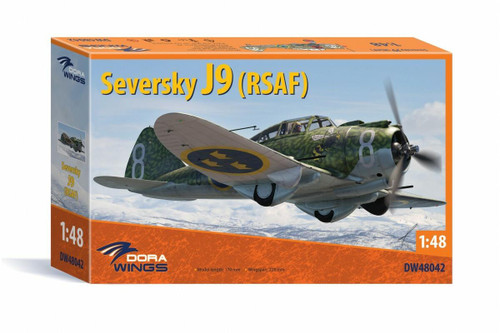