History of the B-25 Mitchell Bomber

The North American Mitchell Bomber had a wingspan of 67' 7". Fuselage length was 52' 11". Normally during WWII this version of the B-25 carried four .50 cal. machine guns in two revolveing turrets and one in the nose. The Aircraft flown in the famous Doolittle raid had their lower turret removed. General James Doolittle, whose B-25 led a squadron on 25 other B-25'S on the first devastating raid on Tokyo from the USS Hornet Aircraft Carrier on April 18th, 1942. The crew consisted of 5 Airmen. This kit can be built for either version 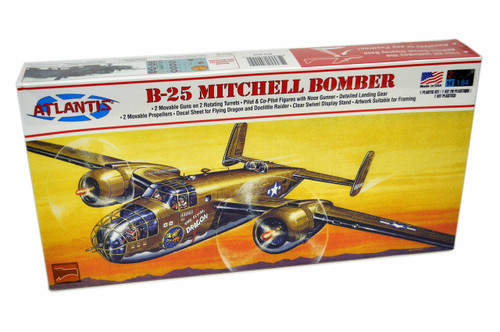