HMS Repulse, a Prestige-class battlecruiser, built in Scotland and completed in 1916. She then underwent extensive refit, which was completed in 1922. Between 1933 and 1936, Repulse was modernized again, including improved deck armor, hangars and aircraft catapults, and added a large number of anti-aircraft weapons. During the first two years of World War II, she served with the Home Fleet in the North Sea and the Atlantic, taking part in the search for Bismarck in May 1941. Next she was sent to the Far East with the Prince of Wales. When the two ships arrived in Singapore, Japan launched the Pacific War, and the Japanese-Malaysian Ozawa fleet was responsible for covering the landing of the Japanese landing fleet on the Malay Peninsula. Repulse and Prince of Wales immediately set sail from Singapore to intercept the Japanese fleet. After several setbacks, it did not encounter the Japanese fleet, but encountered the Japanese land-based aviation. On the way back to Singapore, Repulse and Prince of Wales were attacked by Japanese high-altitude bombers and torpedo planes. The Repulse was damaged by bombs and later hit by several torpedoes. Having suffered such a fatal blow, she quickly sank, followed by the Prince of Wales less than an hour later. 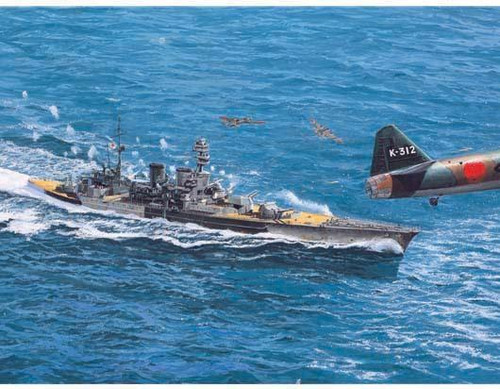