USS Blue Ridge command ship LCC-19 Displacement: 18,000 tons Overall length: 196 meters Overall width: 33 meters Speed: 23 knots On November 14, 1970, the USS Blue Ridge command ship LCC-19 was at the Philadelphia Navy Yard Coming into service, she became the U.S. Navy's most advanced command and control platform as soon as she entered service. From 1971 to 1979, Blue Ridge was homeported in San Diego, California, and deployed in the Western Pacific. During this period, she earned many honors for the evacuation of the diaspora from Saigon, Vietnam in 1975. Beginning in 1979, the Blue Ridge's home port was transferred to Japan and became the flagship of the Seventh Fleet. During a total of nine and a half months from August 1990 to May 1991, as the flagship of the U.S. Navy Central Command, Blue Ridge successfully completed its missions in the "Desert Storm" and "Desert Shield" operations. In 1989, the Blue Ridge visited Shanghai, China. 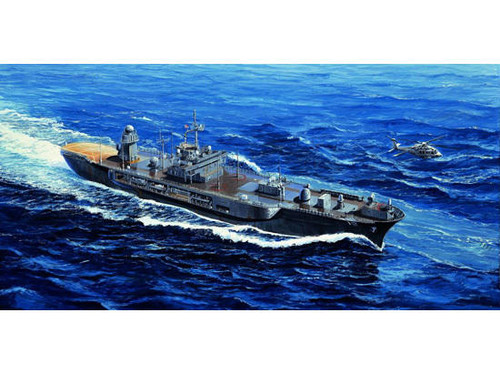