The Tu-2T aircraft was a variant of the serial Tu-2 bomber, upgraded as a naval torpedo aircraft. This modification was developed and tested in the spring of 1945. It was equipped with special holders that allowed the use of two torpedoes type 45-36AN. Torpedoes could be used for naval purposes both in turn and simultaneously. During a two-torpedo volley, a special device monitored the time interval of their discharge (torpedoes were dropped with an interval of 0.25 seconds).
It was also possible to use the aircraft as a bomber. It was able to carry a bomb load weighing up to 3,000 kilograms. Alternatively, the Tu-2T could be used to set up landmines. 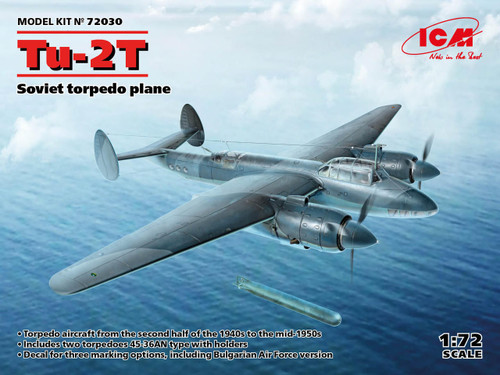