As early as 1942, an enlarged fighter version of the prototypes, Haunebu II, was built with a diameter of 26 meters and a crew of 9. This craft could reach supersonic speeds between 6,000 and 21,000 km/h!

At the end of WWII, when Allied forces moved into occupied countries and eventually Germany, no evidence of these flying discs could be found other than documents relating to their existence. However, after further investigation by Allied Governments and the interrogation of former Thule Gesellschaft and Vril Society members, new information was revealed. This new information convinced some of the interrogators that perhaps the Germans had actually created a type of craft with a special propulsion system that was capable of the claims of the secret Haunebu projects.

With this model kit, you get to decide was Haunebu real? What did it look like? The choice is yours!

Be sure to check out the aftermarket accessories, upgrades and conversion kits that are available for this kit. 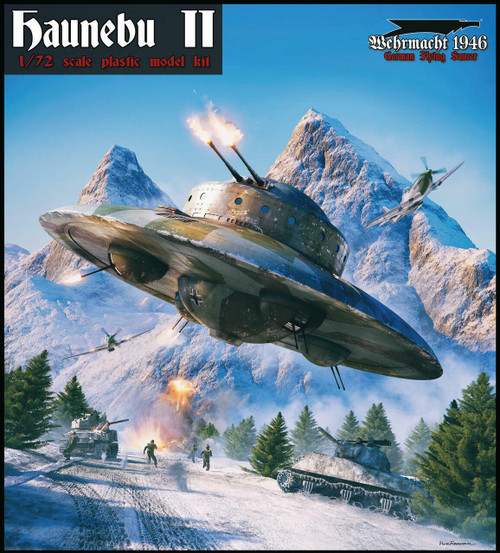