This 264-page book about the North American B-45 is generously illustrated with 267 drawings, 355 photos, of which 15 are color aircraft images, and color drawings of 33 insignia of units which flew the Tornado.

The book is presented in 12 chapters detailing B-45A, B-45C and RB-45C design, production, performance, payload, endurance and operations as it served as a bomber, reconnaissance and flight

The author delves into the technological difficulties, lack of operational assignments, and politics which plagued the first third of the Tornado’s career, from 1947 through 1950. test aircraft. He then presents the Tornado’s more demanding and highly successful career from 1952 through 1958, which saw this turbojet develop into a fully combat capable aircraft using an entirely new field of weapons and carrying out a new and essential element of reconnaissance. 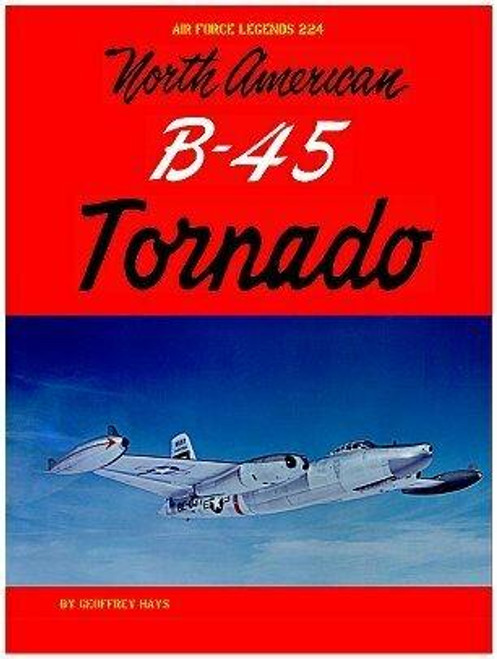