The Classic Warships's series Aircraft Pictorial is out with volume #4, covering the F4F Wildcat. The Wildcat was the primary carrier based fighter used by the United States Navy at the start of World War 2. While it was later suppplanted by the Hellcat and Corsair in frontline service from the fleet carriers, the Wildcat continued to serve on escort carriers in a variety of roles until the end of the war.

This book by Dana Bell, noted aircraft author, is laid out like the others in this series- a general history of the aircraft, followed by lots and lots of pictures! These images document the Wildcat from early versions, later production types, and even a few rare birds. These images also have some great close-ups of details which modelers will always find interesting, from the front to the rear of the aircraft, and some great shots of the interior of the fuselage (you don't see those very often). 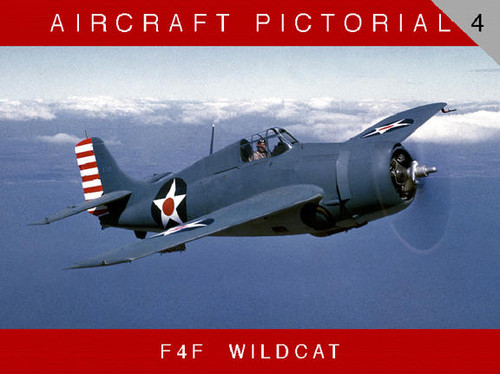