Built during WWII to construct B-29s, the facility originally known as Fisher Aircraft Plant 2 instead produced the ill-fated XP-75A Eagle fighter, as well as countless components for the B-29, supplying subassemblies to Boeing, Bell and Martin. Closed following WWII, the outbreak of war in Korea recalled the plant to service, but with an entirely new purpose. Reopened as the Cleveland Tank Plant, the massive 1.7 million square foot plant was retooled in 1951 to produce the M41 Walker Bulldog and the M42 Duster. Through the succeeding years, the plant also churned out the M56 Scorpion, M114 Reconnaissance Vehicle, M108 and M109 self-propelled howitzer, the M551 Sheridan, and even the revolutionary MBT-70 tank. Through its life, the Cleveland Tank Plant was operated by Cadillac, Chrysler and Allison. Explore the rich history of not only the Cleveland Tank Plant, but also its products and their wartime use, as well as the intricacies of armored vehicle production in general. This 112-page volume is profusely illustrated with over 200 vintage photographs, many of them previously unpublished and an in vintage color. By David Doyle 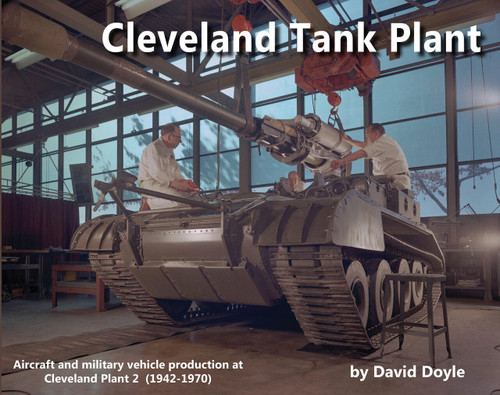