Volume two of the Panther story focuses on the usage of the aircraft by the United States Marines. In Korea the F9F, like its propeller-driven counterparts (AD Skyraiders and F-4U Corsairs), were utilized primarily for close air support. The two squadrons employed for this task were VMF-311 and VMF-115. The only other Marine jets employed in the Korean conflict were a handful of McDonnell F2H-2P photo Banshees from VMJ/VMCJ-1 and the Douglas F3D-2 SkyKnight nightfighters of VMF(N)-513. Because the Marines used its Panthers as ground attack aircraft, many of the squadrons were redesignated from VMF (fighter) to VMA (attack) squadrons during the post-war period. Post-war usage of the Panther by the Marines was limited as the aircraft were quickly replaced by more capable jet aircraft.

Also included in this volume is coverage of Naval and Marine Reserve Panthers, the Blue Angels and the Argentine Navy's Panthers. 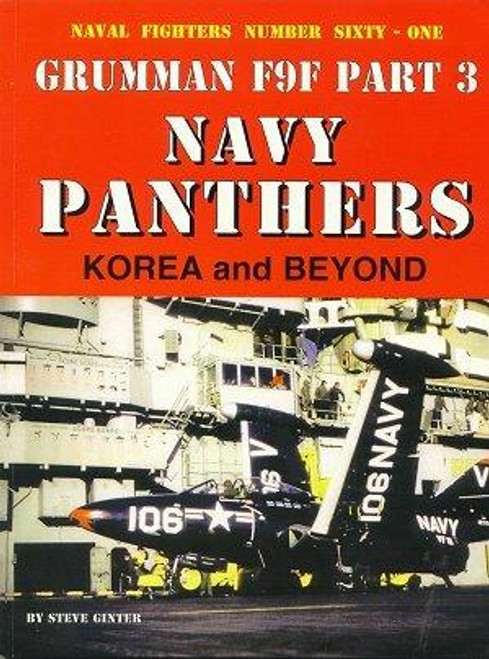