By the last half of the Second World War, most new US fighter designs were much heavier and more complex than earlier fighters. When planning a replacement for their successful F6F Hellcat carrier fighter, however, Grumman chose to built as lightweight a design as possible around the most reliable large radial engine. The result was the F8F Bearcat, which was often called a "hot rod" by its pilots for its fantastic acceleration and climbing ability.

Using the well-proven Pratt & Whitney R-2800 engine, the first Bearcat prototype flew on August 21, 1944. After minor modifications, including the addition of a dorsal fin, early production F8F-1s began armament tests and carrier qualification trials in early 1945. By May of 1945, the Bearcat was cleared for operations, with very few restrictions on its flight operations over its wide speed range. A total of 654 F8F-1s were delivered, all fitted with the 2,100 hp R-2800-34W engine. 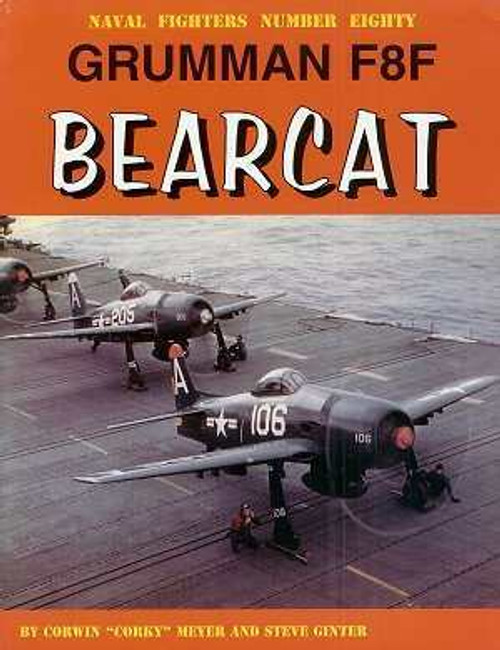