After deliveries of the PBY Catalina, also a Consolidated aircraft, began in 1935, the United States Navy began planning for the next generation of patrol bombers. Orders for two prototypes, the XPB2Y-1 and the Sikorsky XPBS-1, were placed in 1936; the prototype Coronado first flew in December 1937.

After trials with the XPB2Y-1 prototype revealed some stability issues, the design was finalized as the PB2Y-2, with a large cantilever wing, twin tail, and four Pratt & Whitney R-1830 radial engines. The two inner engines were fitted with four-bladed reversible pitch propellers; the outer engines had standard three-bladed feathering props. (However, note the three-bladed prop on the inner engine in the picture at the left.) Like the PBY Catalina before it, the PB2Y's wingtip floats retracted to reduce drag and increase range.

192 pages of history, drawings and photos. 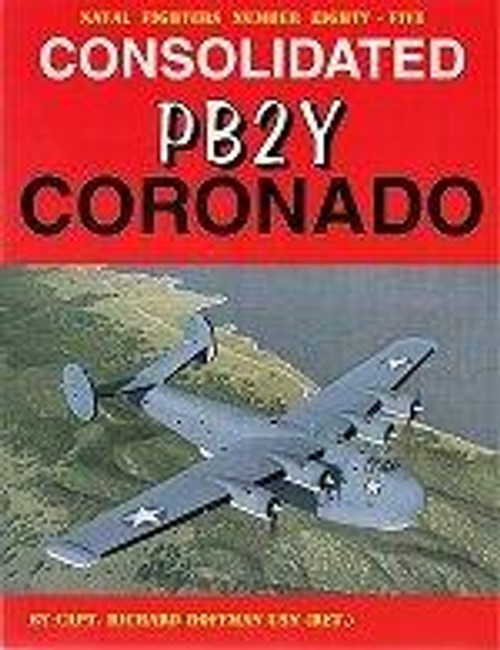