The Northrop BT was a two seat, single engine, monoplane, dive bomber built by the Northrop Corporation for the United States Navy. At the time Northrop was a subsidiary of the Douglas Aircraft Company.

The design of the initial version began in 1935. A 700 hp (522 kW) Pratt and Whitney XR-1535-66 Twin Wasp Jr. double row, radial air-cooled engine powered the aircraft. The aircraft had slotted flaps and a landing gear that partially retracted.

The next iteration of the BT, designated the XBT-1 was equipped with a 750 hp (559 kW) R-1535 engine. This aircraft was followed in 1936 by the BT-1 that was powered by an 825 hp Pratt and Whitney R-1535-94 engine. One of the BT-1 aircraft was modified with a fixed tricycle landing gear and was the first such aircraft to land on an aircraft carrier.

One of the first aircraft Edward Heinemann designed

90 pages of history, drawings and photos. 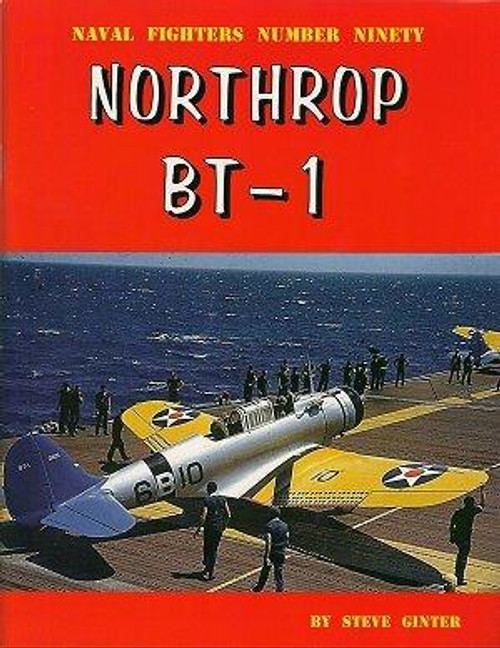