The Vought SB2U Vindicator Scout Bomber was the Navy's second production carrier monoplane to fly after the Douglas TBD and for a time was the fastest aircraft in the Navy's inventory. The extremely clean aircraft was a unique blend of the old stick-and-rudder fabric covered construction and that of the new all-metal monoplanes that followed. About half the aircraft was metal skined and half fabric covered and each fuselage structure was individually

The SB2U was built in three models. The very simular SB2U-1 and SB2U-2 for the US Navy, and the long range SB2U-3 for the Marines. Aircraft were also supplied to France and the United Kingdom and are covered in the book. Equipped with folding wings and capable of carrying a 1,000 lb bomb, they were in service from 1938 to 1943. By the time of the Pearl Harbor attack, the Navy Vindicators had all been assigned to the Atlantic fleet, but the Marine SB2U-3 were on the East Coast and at Pearl hand made from steel tubing. Harbor and aboard the Lexington for delivery to Midway. The VMSB-241 Vindicators at Midway saw the planes onlycombat on 4-to-6 June 1942 during the Battle of Midway and Henderson Field was named after the squadron CO who lost his life during the squadron's attack on the Japanese fleet on 4 June. Maj Hendersons replacement Maj Norris was also lost on 4 June during the squadron's 2nd attack. On 5 june, Capt Fleming was also lost during his attack on the cruiser Mikumo, for which he received the Medal of Honor for his actions.

This book has extensive first person narative from Vought test pilots and USN/USMC pilots as well as the French V-156-F commander gathered by Joe Weathers in 1966 through 1974 when their minds were still sharp and their memories strong. All of which are gone today. A truly interesting read. 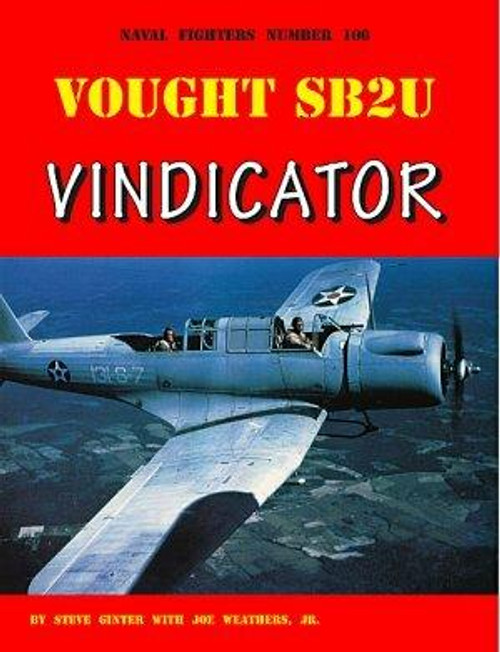