The Japanese attack on Pearl Harbor in December 1941 brought U.S. Army Air Corps strategists to the realization that a new global transport was needed to carry large loads over great distances. The Douglas Aircraft Company in Santa Monica, California, also quickly saw this need and design studies were begun immediately on an expanded version of the company’s DC-4. The "C-74 Project Group" adopted a design philosophy to produce a "no frills" transport able to accommodate at least two of the Army’s T-9 tanks, two 105mm Howitzers, or two angle dozers.

Douglas contacted the Air Corps early in 1942 to determine their interest and a letter of intent was issued in March 1942 for procurement of the Model 415A, now designated the C-74. A contract of over $50 million was signed in June 1942 for fifty airplanes. To speed its delivery to operational units, the C-74 was designed to be released without the benefits of an experimental or prototype model, all aircraft being designated as C-74s with design features following conventional "state-of-the-art" practice. Originally, powered by Wright R-3350 engines, a decision was made in March 1943 to switch to the new, mammoth Pratt & Whitney R-4360 Wasp Major. 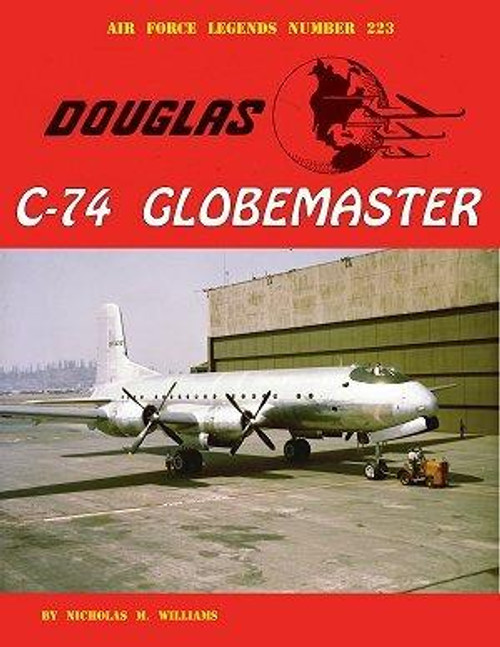