The Bell XFM-1/YFM-1 Airacuda was the first airplane designed and built by Larry Bell's new Bell Aircraft Corp. (founded in July 1935). This was to be a futuristic and innovative Allison V-1710 powered twin pusher bomber destroyer armed with 37mm canons mounted in the forward engine nacelles. The aircraft carried a crew of five and had both .30cal and .50cal defensive armament. It was also the first fighter to have an Auxillary Power Unit (APU). Fourteen aircraft were built: one XFM-1, nine YFM-1s, three YFM-1A (with tricycle landing gear) and two YFM-1Bs. The Airacuda's first flight was on 28 September 1939 with all aircraft being withdrawn from service in 1941. 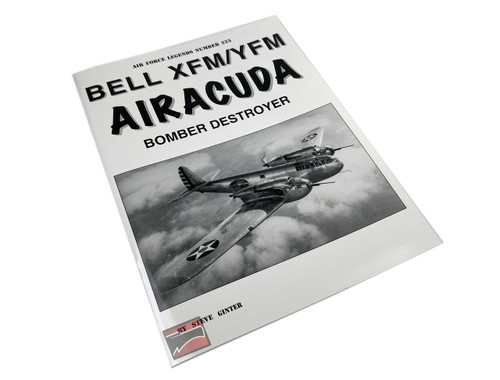