The radical tailless F4D Skyray built by Douglas in the early 1950s was the product of flying wing research work originally done by Jack Northrop and Germany's Alexander Lippisch of Me-163 fame. Since no horizontal tail was present, longitudinal and lateral control was maintained by trailing edge "elevons" that functioned as both elevators when used together, and as ailerons when used opposite one another. These were supplemented with a set of wing root "trimmers".

This carrier fighter interceptor was originally scheduled to be powered by the J40 which proved inadequate and thus entered the Fleet with the J57 instead. The F4D Skyray set World 3Km and 100Km speed records and Time-to-Climb records. As an intercepter it was armed with four 20mm wing mounted canons supplemented with rocket pods and later Sidewinder missiles. It was operated for about 10-years until 1964 by 29 Navy squadrons and testing units and 11 Marine squadrons and units. 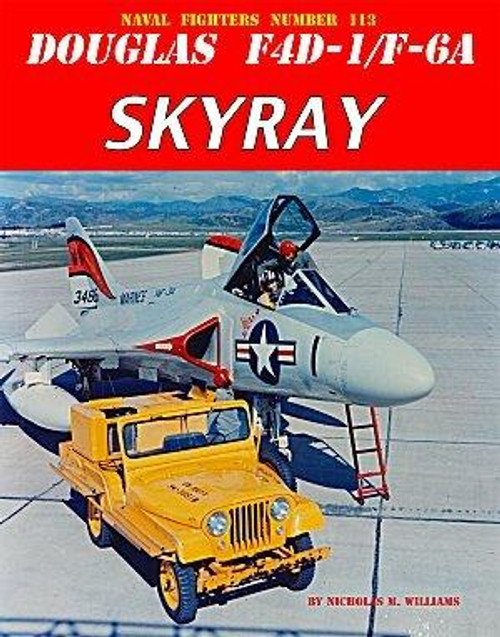