HobbyBoss
1/48 FM-1 Wildcat
The Wildcat was the main shipboard fighter when the US entered WWII. The F4F was barrel-shaped, with angular wingtips and rudder and a narrow-track undercarriage. The F4F was well-armed and reliable, and was a natural shipboard aircraft, probably easier to land on a carrier deck than on land. The F4F never had a operational speed limitation.
The FM-1 was basically a F4F-4 built by the Eastern Aircraft, in its factory at Linden, New Jersey. There was one change: The FM-1 had only four guns, with ammunition increased to 430 rounds per gun. This version of the Wildcat was primarily intended for escort carriers, as the F6F was replacing the F4F on the fleet carriers. 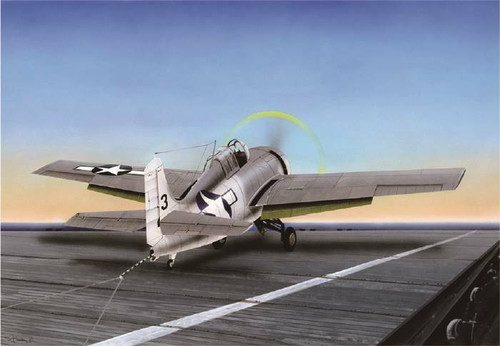