HobbyBoss
1/48 F6F-3 Hellcat Late Version
The Grumman F6F Hellcat was a carrier-based fighter aircraft developed to replace the earlier F4F Wildcat in United States Navy service. It was a completely new design powered by a 2,000 hp Pratt & Whitney R-2800. The Hellcat was the first Navy fighter for which the design took into account lessons from combat with the Japanese Zero. The Hellcat proved to be the most successful aircraft in naval history, destroying 5,271 aircraft while in service with the U.S. Navy and U.S. Marine Corps. 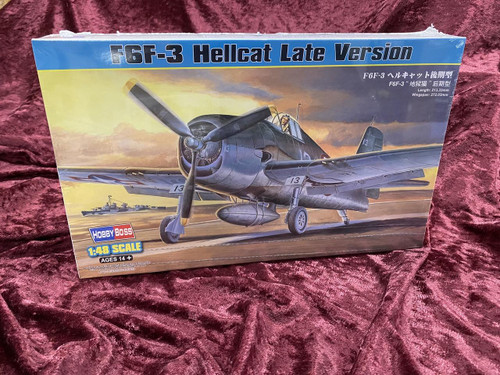