HobbyBoss
82418 1/35 M706 Commando Armored Car in Vietnam
The M-706, also known as the V-100 Commando or XM706E2, was built starting in 1964 for use in Vietnam for reconnaissance, convoy escort, base perimeter defense, and other security duties. It was deployed in the U.S. Army and U.S. Air Force as well as ARVN and Thai forces, and later found customers in military and police organizations around the world. With up to .25-inch armor and deflecting angled surfaces, the crew was protected from small arms fire, grenades, and anti-personnel mines. 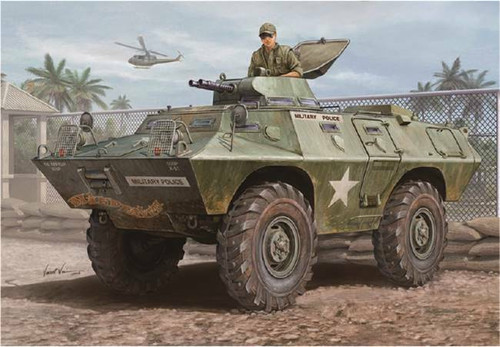