US White 666 Cargo Truck Soft Top - The 6-ton 6x6 truck G512, 514, 547, 569 was a family of heavy tactical trucks built for the United States Army during World War II The basic cargo version was designed to transport a 6-ton 5,400 kg cargo load over all terrain in all weather The chassis were built by Brockway Motor Company, The Corbitt Company, The Four Wheel Drive Auto Company FWD, Ward LaFrance Truck Corporation, and White Motor Company They were replaced by the M39 series 5-ton 6x6 trucks in the 1950sIn 1939-1941 the Army Ordnance Corps was developing a complete line of tactical trucks that could operate over all roads and cross-country terrain in all weather A 6-ton 5,400 kg payload rated 6x6 truck to tow anti-aircraft artillery was needed The Corbitt Company, a small company who had sold the US Army trucks since 1917, began delivering 200 prototypes in 1940 In 1941 their improved Model 50SD6, with a larger engine and different hood and fenders, was standardized and went into production, but White Motor Company soon became their largest producer Brockway Motor Company began in 1942, and The Four Wheel Drive Auto Company FWD in 1945 Ward LaFrance also built the chassis Seven body types were built, some by more than one manufacturer All manufacturers models were virtually identical, with very minor variations Early models had closed cabs with full doors; in 1942 open cabs with half doors were introduced. 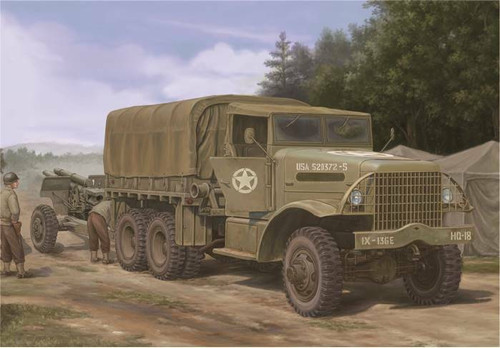