T29 heavy tank is a United States made heavy tank. In October 1947 the first T29 experimental tank prototype was created. It was originally designed for use against heavy tanks, so it has enhanced front armor and power can be comparable to "King tiger" of long tube gun body, a 762 mm the top of a M2HB M1919 machine guns, anti-aircraft guns, and two M2HB coaxial machine guns.

Since then, T29 heavy tanks are derived with strong artillery equipment 155mm T30 heavy tank gun and 122mm T34 heavy tank, so that the US and Soviet tanks can be IS series against the heavy tank. These tanks, US postwar M103 tanks predecessor, even can be considered M1 "Abrams" tanks 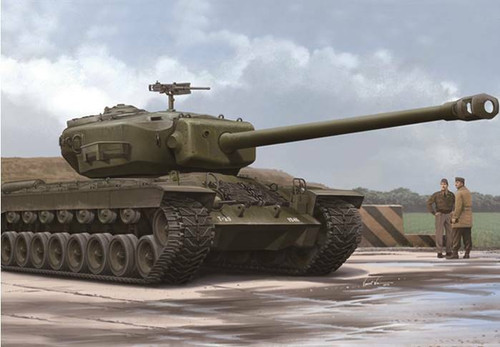