84536 1/35 USAF XM706E2The XM706E2, was supplied to the US Air Force for base protection purposes, post-attack reconnaissance against munitions and EOD use. The XM706E2 featured no turret and an open-topped center parapet. In practice a variety of weapons were mounted on USAF XM706E2s, but the most common configuration was one 50 BMG-caliber M2HB machine gun and one 762mm NATO M60 machine gun. Other equipment included the XM174 40 mm grenade launcher and searchlights. The 3rd Security Police Group of the United States Air Force at Clark Air Base Republic of the Philippines was still operating the "Duck" as a Fire-Team vehicle until it received M1026 HMMWVs in the fall of 1988. 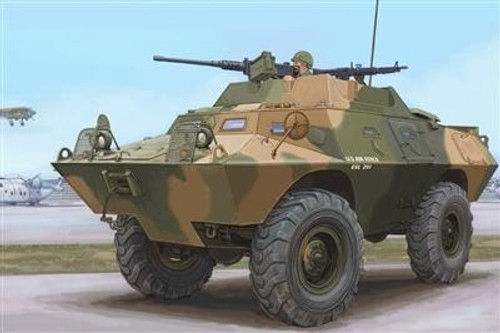