The ZIS-5 was a 4x2 Soviet truck produced by MoscowZIS factory from October 1933 on.ZIS-5 became an excellent vehicle, the engine could work even with the worst fuel, and the car mechanisms were simple, durable and insensible on brutal service. The car could cope with Russian unbitten trucks. ZIS was produced in different versions. Based on ZIS chassis were available ambulances, tanks, cranes and lots of different vehicles. During the World War II the simplified version of ZIS was produced named ZIS-5V.  ZIS-5 was fundamental vehicle for the Red Army. 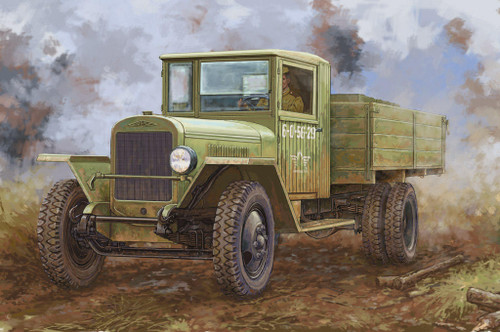