Type IXB was an improved version of type IX with increased range of 1500 nautical miles and slightly heavier. The designed was improved again in the IXC type.This type was the most successful overall with each boat averaging over 100,000 tons of sinking. They had 22 torpedoes stored which gave a determined U-boat commander a serious striking power which could be used night after night against the same convoy, as was often the case.

Perhaps the most famous IXB boat was the U-123 under the command of Kptlt. Hardegen which opened up the attack in the US waters in early 1942 known as Operation Drumbeat.U-107, under the command of Hessler, made the most successful convoy mission of the war over with close to 100,000 tons sunk out of Freetown, Africa. 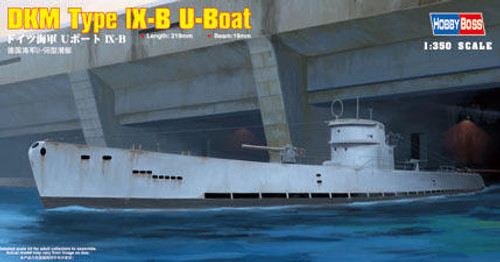