It is said that the Brewster F2A Buffalo might be the worst fighter of the USA during the WWII for they shown nothing superiority when facing the Japanese fighter such as the A6M Zeros and Ki-43 Hayabusas.Almost all the F2A were knocked out by the end of 1942.On the other hand,some of the European Air Force won their victory with the Buffalo,the Finnish pilots claimed 496 Soviet planes down for the amazing few loss of just 19 Buffaloes! 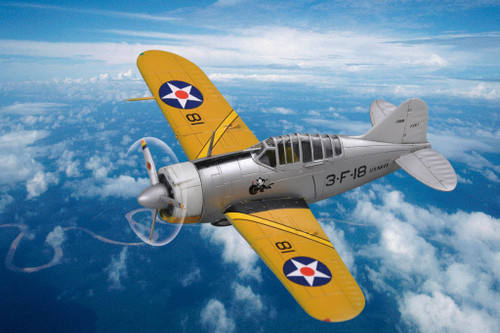